The best way to predict the future is to create it 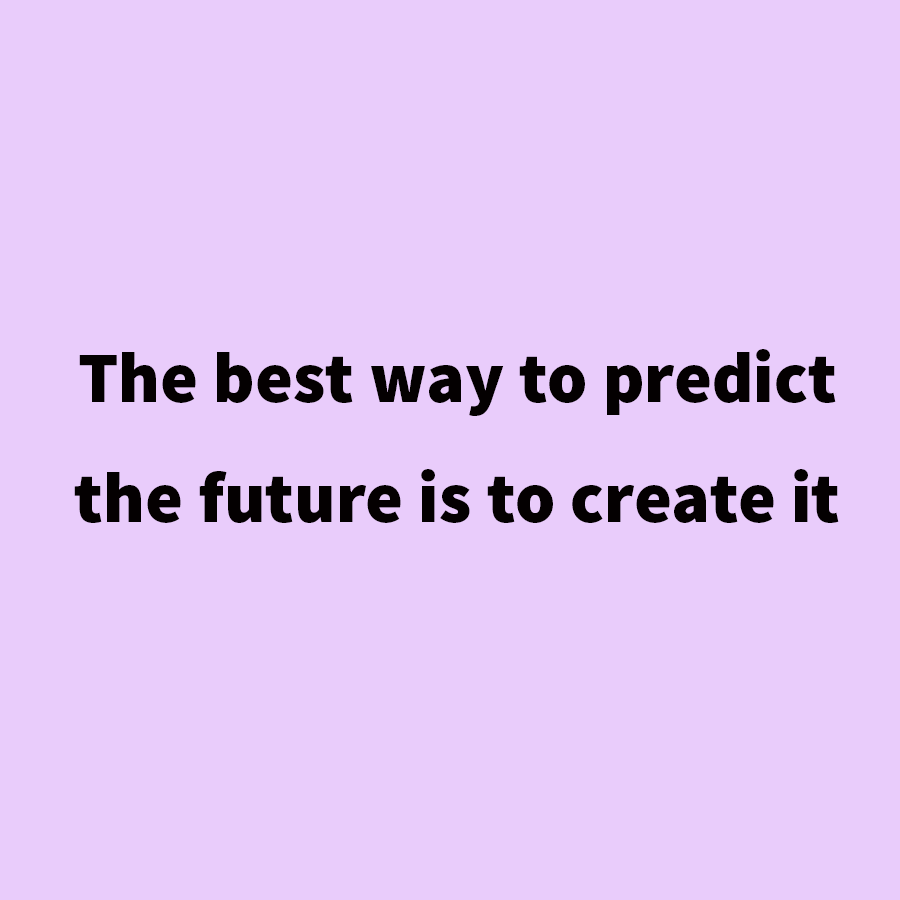 “The best way to predict the future is to to create it.” This quote is credited to both Abraham Lincoln and Peter Drucker, two people known for their word of wisdom and lessons to live by.

Will 2014 be the year you predict your future by creating it?

Here are 12 reasons why this is such timeless wisdom. 12 perspectives on the meaning and benefits behind advice that has been given to us for over 200 years.

“Life is a largely uncharted waters. The best way to know what is coming is to be an active participant.” – Philosoblog

“We are still the masters of our fate. Rational thinking, even assisted by any conceivable electronic computers, cannot predict the future.” – Dennis Gabor, Inventing the Future

“In the face of the unknown, entrepreneurs act. Specifically they: 1) Figure out what they want, 2) take a small step toward making it reality, 3) think about what they learned from taking that step, 3) build that learning into their next step, In other words: Act. Learn. Build. Repeat.” – Forbes

“It is not in the stars to hold our destiny, but in ourselves.” – William Shakespeare

“Don’t worry about what anybody else is going to do.” – Alan Kay, Apple

“Today’s leaders create the future, versus simply trying to predict it. They: 1) Unlock potential through empowerment, 2) Move away from linear thinking, 3) Experiment, Experiment, Experiment and 4) Find your authentic voice.” – Miroslay Tibernaus, Vice-president of Barroso Comission and European Commissioner for Enterprise

“When faced with a challenge, make one. The day before something is a breakthrough, it’s a crazy idea.” – Peter Diamandus, Chairman and Co-Founder, Singularity University

“In order to build a future you must know the past”, – Otto Frank, Anne Frank’s father

“Change is inevitable and one can either effect a desired change yourself, or be subject to the results of someone else’s change. In other words, be a leader, rather than a follower; proactive rather than reactive.” – Active Rain

“What is the use of running when we are not on the right road?” – German Proverb

“The only real way to have any kind of insight into what will happen is to create your future.” – Jennine Jacobs