I hate two faced people. It’s so hard to decide which face to slap first.

The more relationships I am involved in, the more I realize that there always exists the kind of men regardlessly trying to have what they want. They are two-faced men.

I hate them, I hate the affectation, I hate the men who cover their dark thought and bad feeling with the good speech.

To tell the truth, two-faced men exist everywhere, every time. They usually cover themself perfectly. Therefore, it is difficult to detect their inner affectation because what they show is different from what they think.

Because of that reason, the society loses the belief and people no longer esteem other’s love. Nobody knows whether others treat them genuinely or unaffectedly, then, they have to protect themselve by believing in nobody.

To me, two-faced men deserve no chance for explaination. I only think of which face to slap on first and how to unmask their affectation . They deserve that punishment! 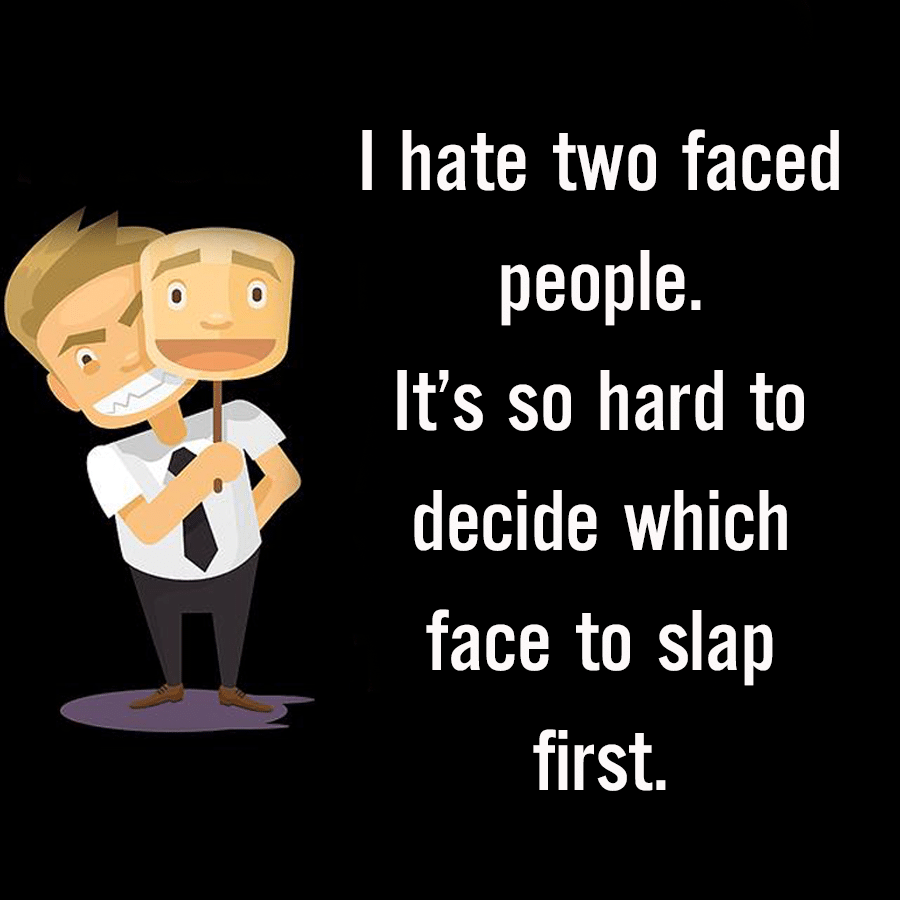