Even if you hear a bad story about me

Even if you hear a bad story about me, understand, there was a time I was good to those people too, but they won’t tell you that part. 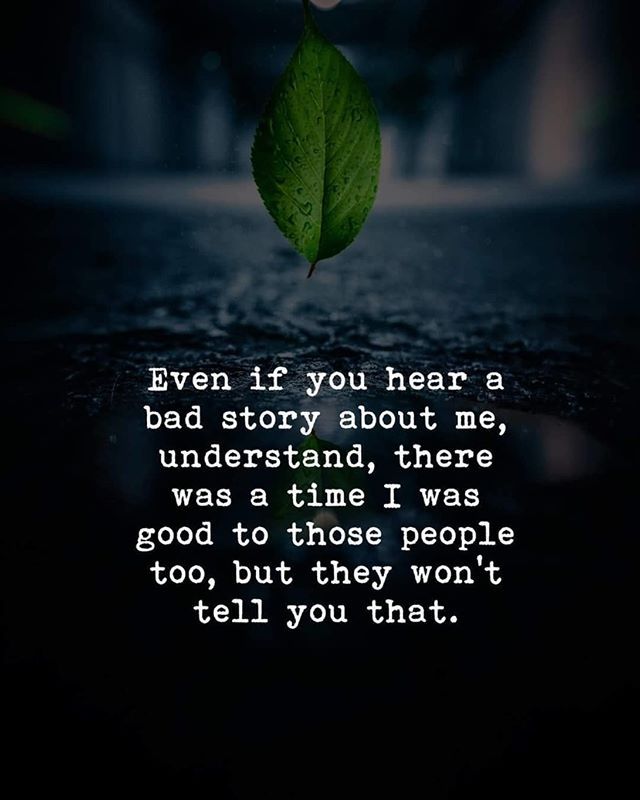 It ‘s so sad to be said badly behind others. And it’ s also unbearable if you are listening to the awful things about your loved ones.

Even if you hear a bad story about me. Do you think badly about me? Of course not, because you really understand me, understand the people you love.

Don’t be upset and angry because it will affect your mood. Instead, understand and open yourself to thorough consider. It’s so poor for the persons who often say terrible things about others.

Perhaps they are forgetful people who have lost good memories. I used to treat them well and also bring them benefits. Unfortunately, they did not say, their good memories suddenly disappeared and they had to make up bad stories.

You should know that in this world no one is all bad naturally. If someone just cares about bad things, then they must have hidden good things. Remember, be smart not to get shocked.

READ MORE: Behind Your Back Quotes

2) “Keep talking about me behind my back, and watch God keep blessing me in front of your face.” ~ Unknown

4) “Don’t worry about what people say behind your back, they are the people who are finding faults in your life instead fixing the faults in their own life.” ~ Unknown

5) “I don’t regret my past, I just regret the time I’ve wasted on the wrong people.” ~ Wiz Khalifa

6) “Remember, if people talk about you behind your back, it only means you are two steps ahead of them.” ~ Fannie Flagg

7) “Don’t tell me what was said about me. Tell me why they were so comfortable to say it to you.” ~ Jay-Z

8) “If people talk behind your back, it’s because you’re ahead of them.” ~ Zayn Malik

10) “Anyone can stay true to your face, it’s the people who stay true behind your back that really count.” ~ Nicky Gumbel

11) “Avoid him who talks sweetly before you but tries to ruin you behind your back, for he is like a pitcher of poison with milk on top.” ~ Chanakya

12) “Isn’t it kind of silly to think that tearing someone else down builds you up?” ~ Sean Covey

13) “A true friend will tell you the truth to your face – not behind your back.” ~ Sasha Azevedo

14) “Just because they say they’re praying for you in your face, doesn’t mean they aren’t laughing at your struggle behind your back.” ~ Trent Shelton